Fruits For All in Paro 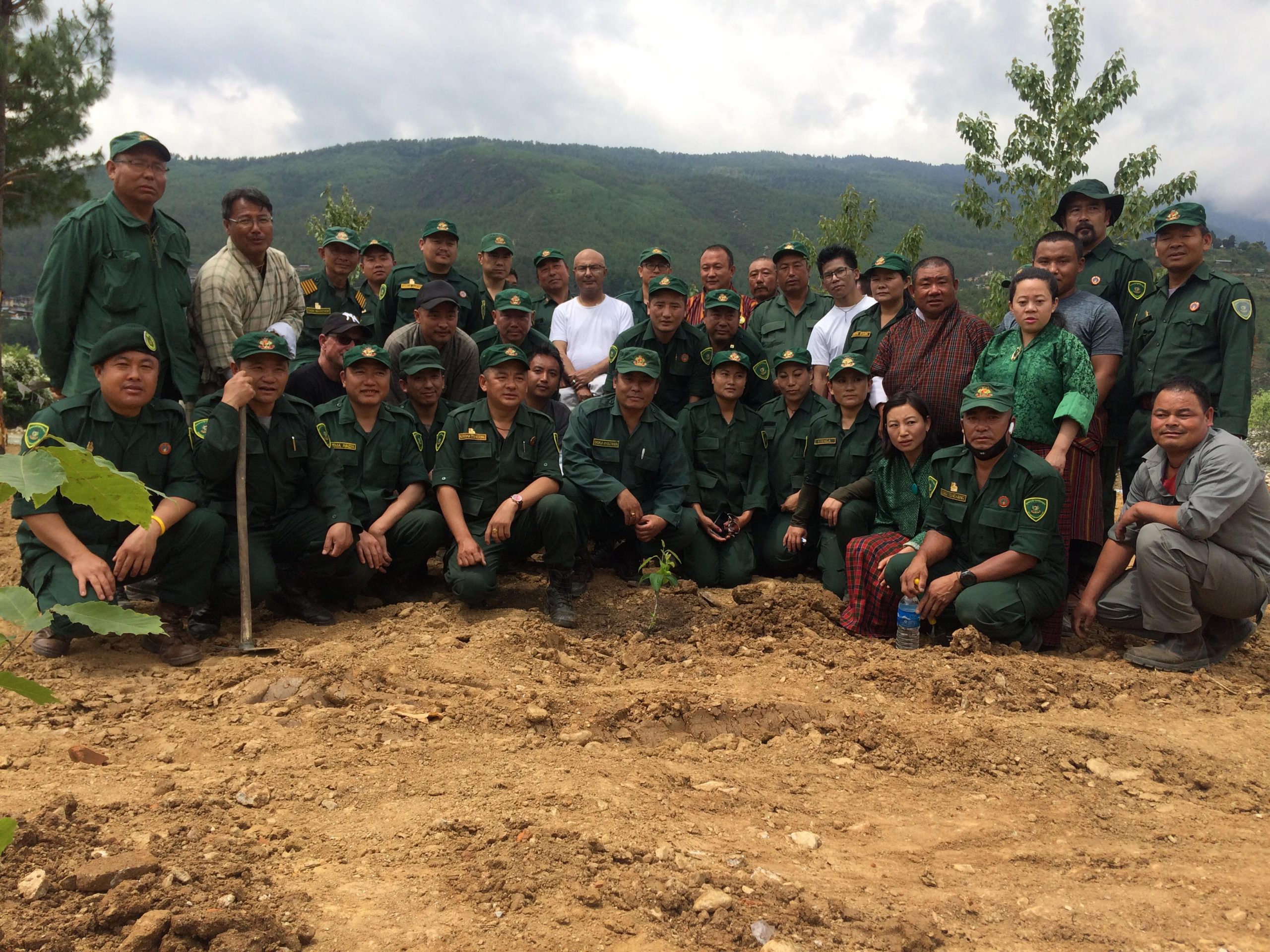 To mark Her Majesty The Gyaltsuen’s birth anniversary and the World Environment Day, BES launched the Paro chapter of our Fruits For All initiative by planting 31 fruit trees, including chestnut, walnut, apple, pear, peach and persimmon, at the Paro Children’s Park.

The choice of location was significant as the Park is a gift from Her Majesty to the people of Paro. With the help of Paro Dzongkhag Administration, five more locations have been identified for planting fruit trees under the Fruits for All initiative.

Extending the program, we also planted 90 fruit and ornamental tree saplings as part of a plantation program on a reclaimed land tract along the river at Tsendona gewog, in partnership with the Paro Forest Division and Rema Resort. The reclaimed land will serve as an urban park with free access to fruit trees for urban residents. The park will also serve as a sanctuary for birds and insects.

The Fruits For All initiative, started by BES in 2018, aims to help nurture green public spaces in urban areas. Since its inception, we have worked with local government and schools to plant over 1000 fruit tree saplings in Thimphu, Wangdue Phrodrang, Tsirang, and Paro.

BES to establish a biogas plant in Memeylakha by next year