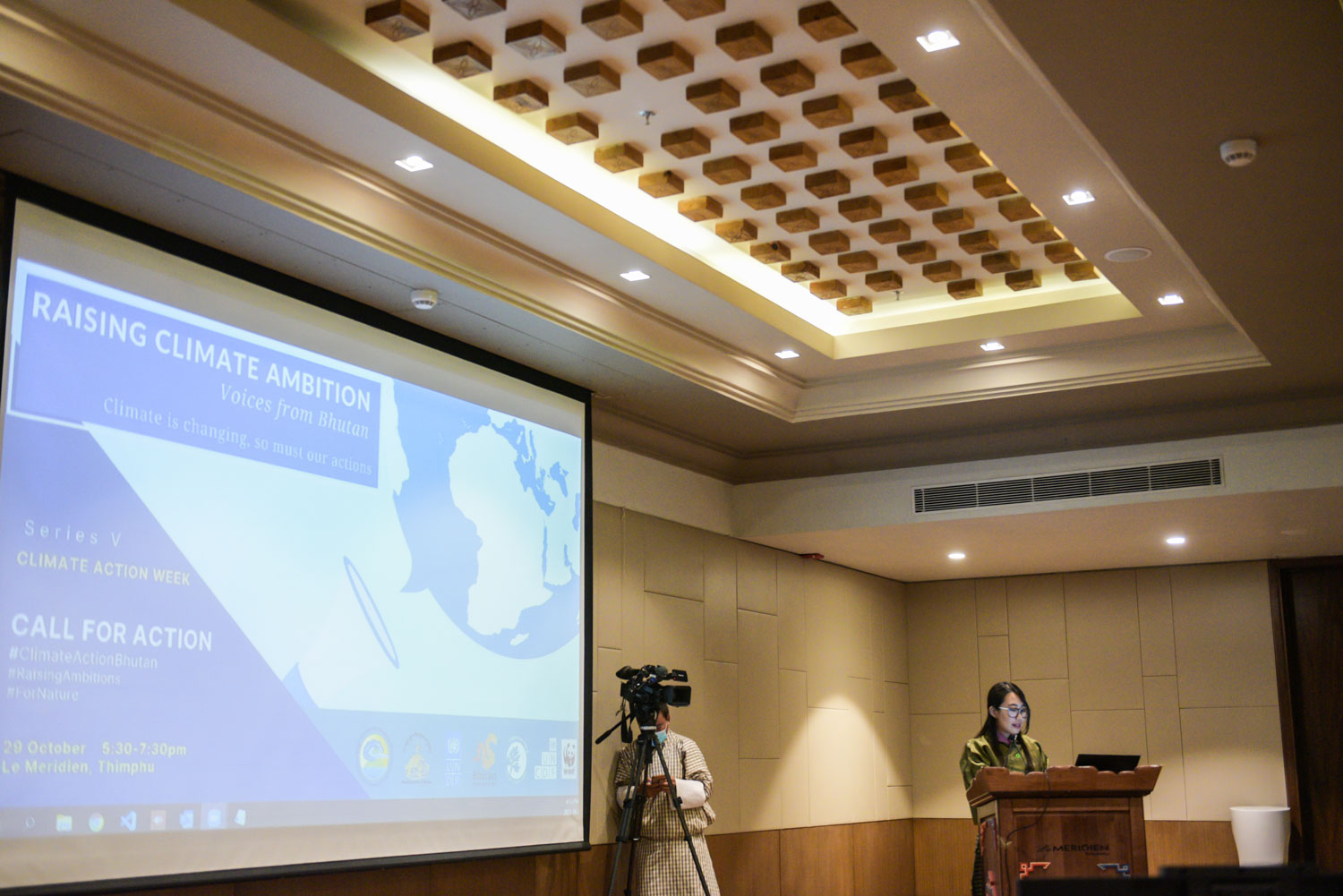 At today’s event ‘Call for Action’ several leading institutions – the Royal Monetary Authority, Tourism Council of Bhutan, the Bank of Bhutan, Thimphu Thromde and Bhutan Ecological made commitments to climate action, supporting Bhutan’s raised climate ambition of remaining carbon neutral for all times. The central bank and Bank of Bhutan pledged to green their sector through green financial products and services. The Thimphu Thromde committed to become more greener, sustainable, and resilient city, while Tourism Council of Bhutan pledged to pursue their vision of promoting a green, sustainable, and inclusive tourism. The Bhutan Ecological Society pledged to revive about 5,000 hectares of fallow land across the country for food security and plant a million trees among others.

The collaboration was aimed at bringing climate issues to the forefront, to shape collective consciousness for actions that can translate into climate wins, not just for Bhutan, but for the world. The events were organized in the run-up to the United Nation Conferences of Parties (COP26) to be held in Glasgow from 31October – 12 Nov 2021.

Bhutan’s Climate Promise made as part of the Paris Agreement is only strengthened with the country’s commitment to raise climate ambition with the formulation of 2nd Nationally Determined Contributions (NDC) and the first National Adaptation Plan (NAP).

The Climate Action Week (25-29 October) had a mix of academic seminars, high-level panel discussions, university, and school student engagement (through exhibitions and competitions) and showcasing of climate solutions through the engagement of prominent private players within the climate change arena.

Winners of the ‘Youth for Climate’ and ‘Dear World Leaders’ video challenges were also declared during the closing event.

College of Science and Technology (CST), Sherubtse College and Jigme Namgyel Engineering College (JNEC) won the first, second and third prizes of Nu 100,000, Nu 75,000 and Nu 50,000 for their Youth for Climate Action videos.

As part of the Climate Action Week, two expeditions to Lunana and Jomolhari were organized. The two teams comprised tour guides, tourism official, forest and environmental officials, journalist, and social media influencers. They shared their experiences and findings during the ‘Witness to Warming’ event organized on 28 October.

Four college proposals, to organize events in their college for advocacy and awareness works on climate mitigation, adaptation, and nature-based solutions, were also supported as part of the Climate Series.

Series I – Witness to Warming: Local needs, stories, and solutions (21 May, International Day for Biological Diversity)