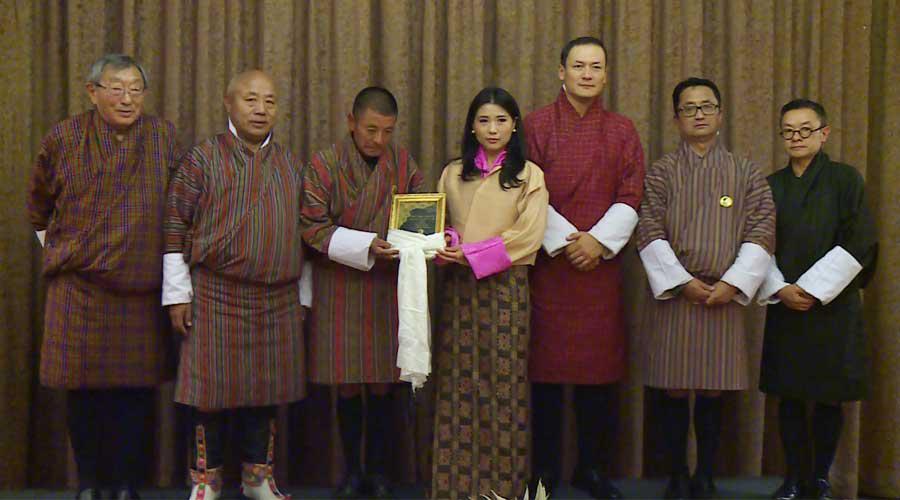 On this Joyous occasion of the 67th birth anniversary of His Majesty the fourth, Bhutan Ecological Society is happy to announce the winner of the 6th Jigme Singye Wangchuck Outstanding Environmental Stewardship Award. The award was conferred upon Mr. Karma Wangdi from UWICER by our Royal Patron, Her Royal Highness Azhi Chimi Yangzom Wangchuck on 8th November, 2022 in Thimphu.

Karma Wangdi is a forester working under the Department of Forests and Park Services, the Ministry of Agriculture and Forests, at the Ugyen Wangchuck Institute for Conservation and Environment. With over 25 years of dedicated service, Karma has contributed significantly to the promotion, understanding and conservation of Bhutan’s natural heritage.

Karma’s most significant achievement has been the re-discovery of the Ludlow’s Swallowtail (Bhutanitis ludlowi) in 2009, at Tobrang in Trashiyangtse, seventy six years after two known samples were collected from the area, by Frank Ludlowi, a British botanist, in 1933. After Karma’s re-discovery, the Ludow’s Swallowtail has been designated as Bhutan’s national butterfly, and was also gifted by His Majesty the King to the Butterfly Society of Japan.

In collaboration with the Naturalis of the Netherlands and the National Biodiversity Center of Bhutan, Karma further discovered a total of 60 moth species; of which 34 are new to Bhutan; and 26 are new to science. Karma has published books on butterflies and moths of Bhutan, and continues to contribute to promoting science and conservation in Bhutan, and the wider Himalayan region.